Hey Friends!  The next few posts have been a long time coming!  A few months ago I mentioned that I had finished up designing a guest bedroom for House of Hy (The Pioneer Woman’s BFF).  Ree put the finished room on her blog, but I never posted pics here because I wanted to make a few changes and get a few more shots of the space before posting.  Well this week, I’m ready to post pics and more info about the space!  So, here goes….

The room was a completely blank canvas when we started this design journey…. 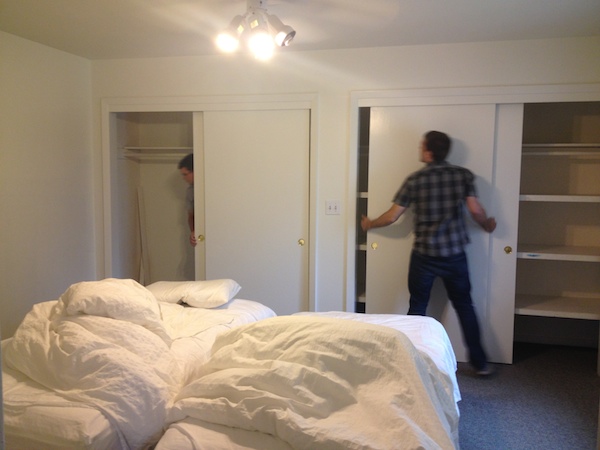 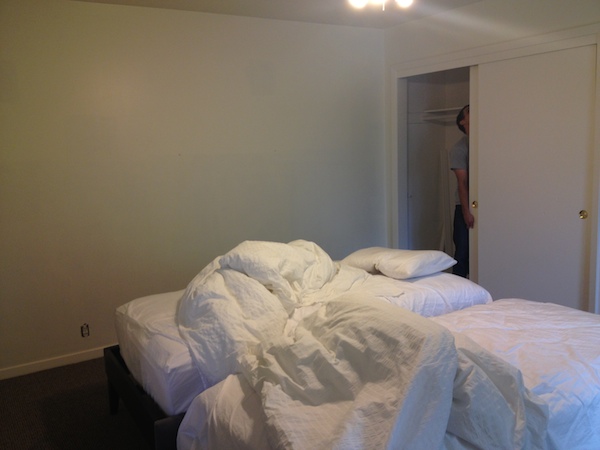 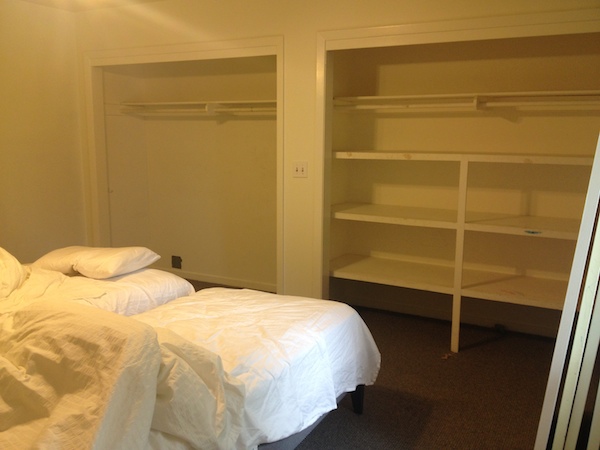 The first thing to work through was the layout.  Cyndi really wanted to fit two twin beds in the space so that her son and his friends would have a place to crash when they came home from college for weekend visits. Looking at the space and all the doors located in the room made that request somewhat difficult.  I did, however, have one idea that would solve the space planning issue….I would just have to see if Cyndi would go for it!

Two of the three closets in the room were acting as storage for a bunch of random stuff.  Stuff that probably hadn’t been used in months or more.  So, I hopefully suggested to Cyndi that we clear out the two main closets and create nooks for the twin beds to fit neatly inside. To my surprise and delight, Cyndi was almost immediately up for it.  Turns out, the things being stored really weren’t doing anything but taking up valuable space!  Plus, I promised to bring in extra concealed storage to help with any items that needed to stay in the room.  Oh, and don’t forget, there is another closet in the space which is plenty for a guest bedroom situation.

So, here’s what the closet turned bed nooks looked like after we were done with them…. 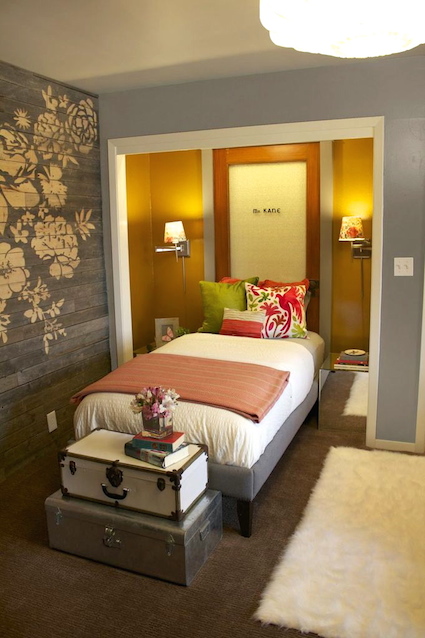 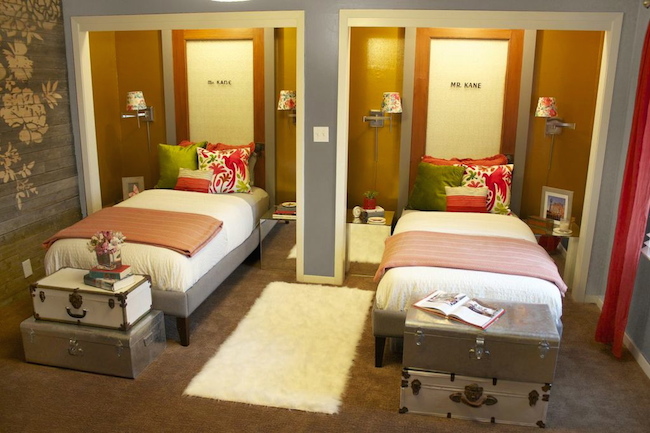 Putting the beds inside the closet cutouts instantly opened up the space and made it feel so much bigger! An area that would have felt cramped and cluttered with two twin beds now feels spacious and serene.  Even just having those couple of feet for the bed to sit inside provides a sense of privacy and tranquility.  Exactly what I imagine most guests would want when visiting friends or family.

The headboards were created by framing out old doors that Hy had saved from the family’s law practice.  I loved using those historical pieces to bring meaning and character to the space (not to mention, it helped with the budget!) 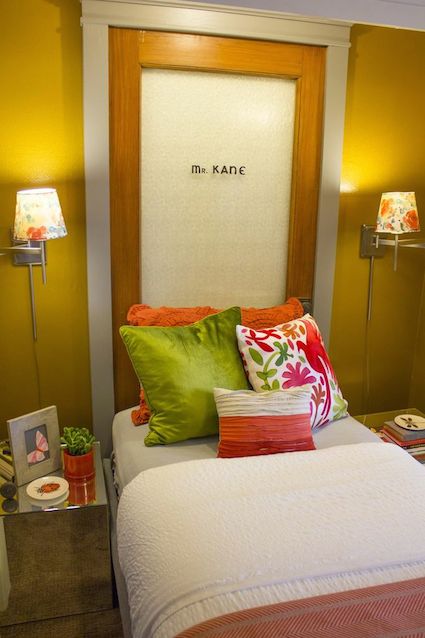 To make the nooks even more magical, I painted them with a rich gold paint!  Spectrum Paint and Benjamin Moore hooked me up with some of the Molten Metallics line. I love, love the warm tone it brings into the room, making the space feel quite inviting!

Placing trunks at the end of the beds was one way to bring in that concealed storage I was talking about (don’t worry, even more storage coming).  Mirrored nightstands, swing arm sconces (more about those later), and bright bedding accessories complete the nooks.

Let’s look at a final before and after….

Tomorrow we’ll talk about the crazy cool feature wall that you only get a glimpse of in these pics. You won’t want to miss it! Yay!

This article has 2 comments