Hey Friends!  Today I am so excited! Tim (and I, but really Tim) finished the kitchen floor! It’s so beautiful and even better than that- this floor has a meaningful story behind it!

We went through all sorts of ideas for this kitchen floor.  We first decided it should be a step up because we needed to run plumbing and the step up would allow us to be a sink in the middle of an island (which is the next step in this space!). 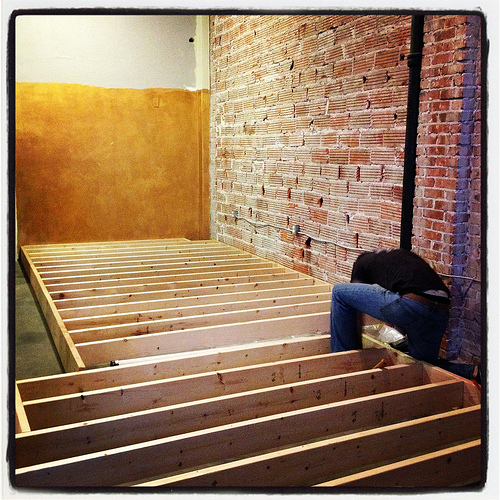 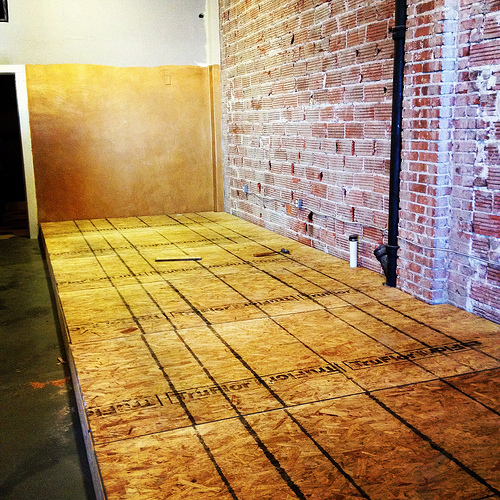 After we built the step up and covered it in OSB, we started brainstorming what sort of material/look we wanted to go with.  I found my self pinning lots of kitchen images with geometric floor tiles.

It became quickly evident that I was going to want some sort of pattern on this floor.  With that realization Tim and I started throwing out different ideas, some of which included a 1 dimensional faceted kind of look, a repeating pentagon shape, and an agate type of look.  I was actually pretty smitten with the agate idea, but Tim was not on the bandwagon.  So, for a while we settled on the idea of the repeating pentagon.

Of course, we had lots of stuff going on and didn’t get right on the project- which gave us tons of time to second guess ourselves.  Although we thought the idea would be beautiful, it just wasn’t us.  It just wasn’t the meaningful design that we have vowed to make a priority for ourselves and for clients.

Then came this idea….. 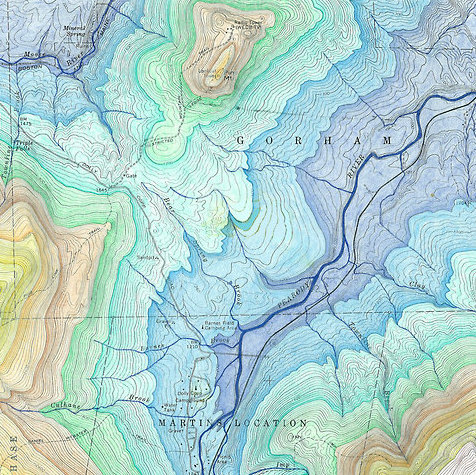 We’ve both loved topography maps for a while.  Their interesting and organic lines make them natural pieces of art.

So, it was decided.  Our floor would be a giant typo map and we would use our favorite cutting edge tool, the CNC to make it happen.  Now, what piece of land would we be highlighting?  Where we grew up, where we went to college, where we first kissed?  There were a lot of options.  We decided to go with the place where we first met- a friend’s house after a basketball game in high school.  I was a sweaty mess and Tim was his charming, life of the party self.  There was an immediate connection and a perfect part of our history to highlight on our new floor!  Lucky for us, this area of Fayetteville, AR is also wonderfully hilly and made for a great visual piece!

So, Tim created the computer files,

the CNC cut the paths, 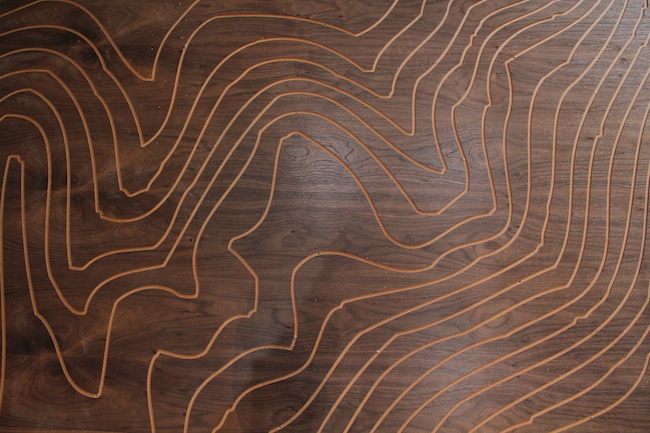 the pieces were laid, 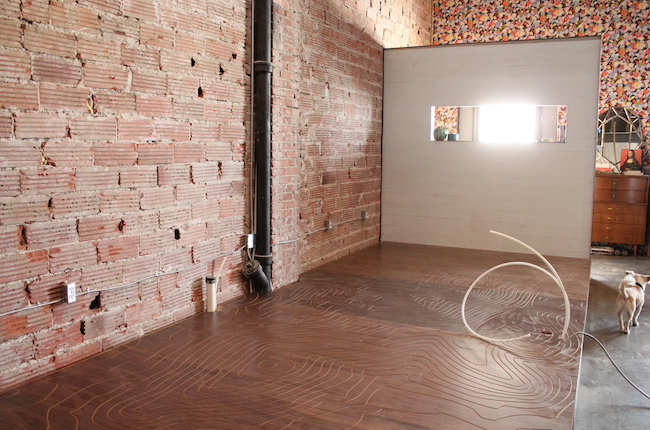 the voids were filled (with our favorite concrete product- ARDEX), 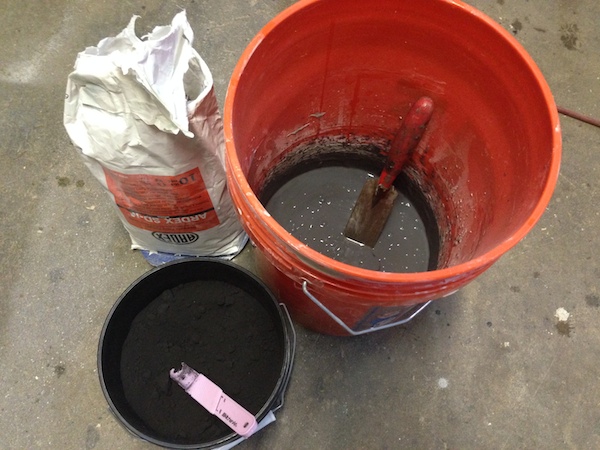 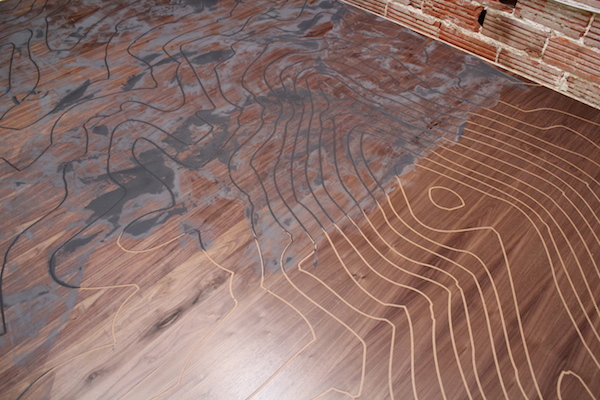 the whole thing was sealed with poly,

and the floor was finally finished! 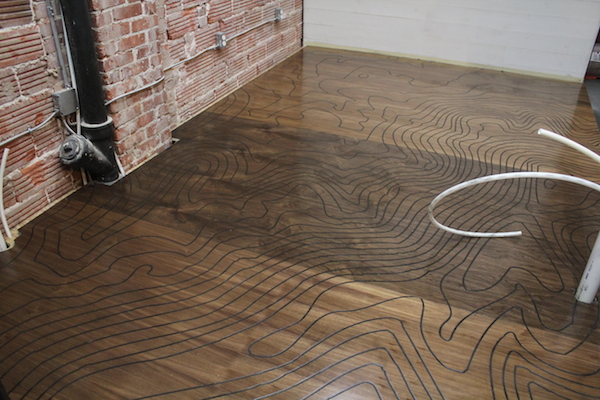 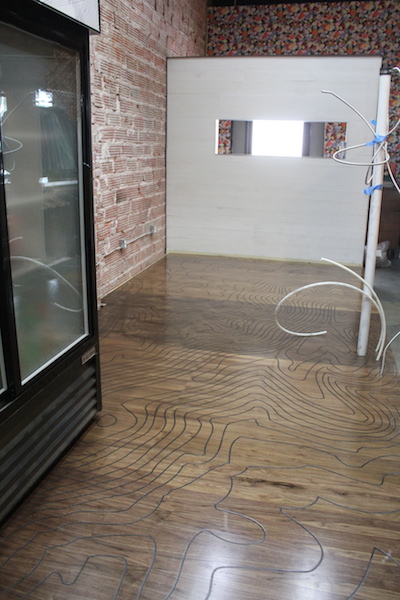 I love having this piece that references our sweet history in our home.  It’s been completed just in time to celebrate our 9 year wedding anniversary.  Sweet memories to be celebrated and treasured.

PS- I also love that this final look is very similar to the agate design I had in my head from the beginning.  (Insert evil laugh- muahahahaha!!!!)  😉

This article has 9 comments