Almost immediately after I bought the bus, I wanted to get started and ride the wave of motivation I felt, knowing that the newness of a project will certainly fade.  Even though I knew the bus would only get more messy once construction started, I wanted to give the space a good cleaning. Everything feels better when it’s clean. I also needed to remove the shower and bed platform.

So, here’s are some photos to show you how things have improved/changed since I’ve started working!
Getting the shower out was a bit of a task, but nothing that a little crossfit muscle and a hammer couldn’t handle. 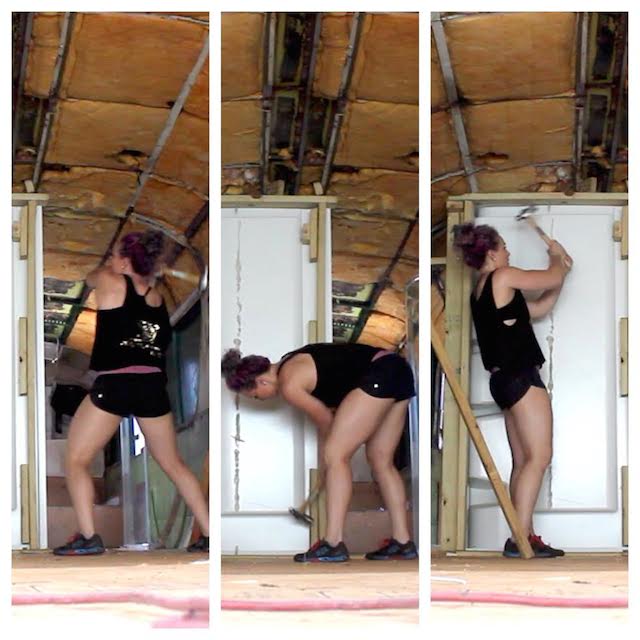 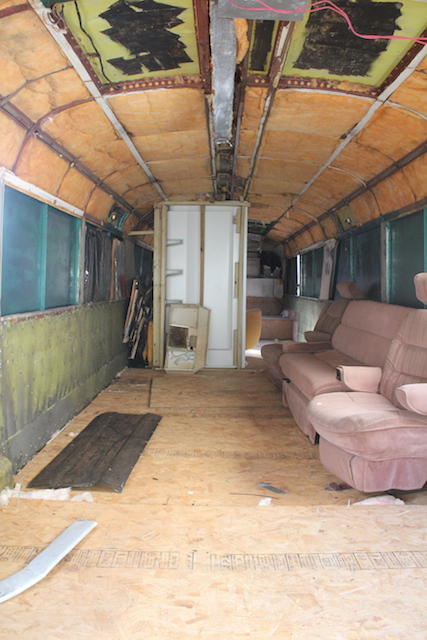 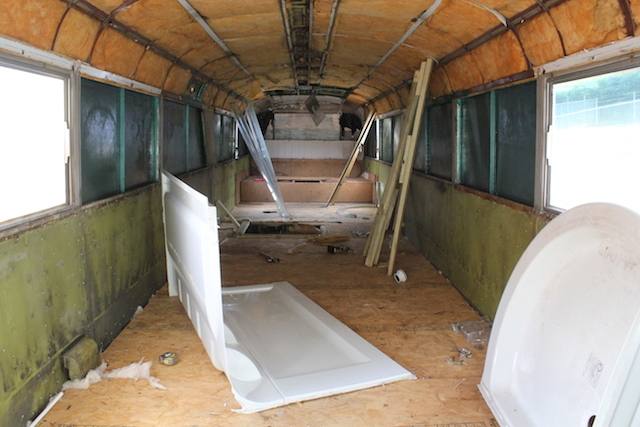 I now have a hole in the floor that I have to deal with, but I actually think the new shower may land in the same place, so we will see how much of a headache that hole ends up being. 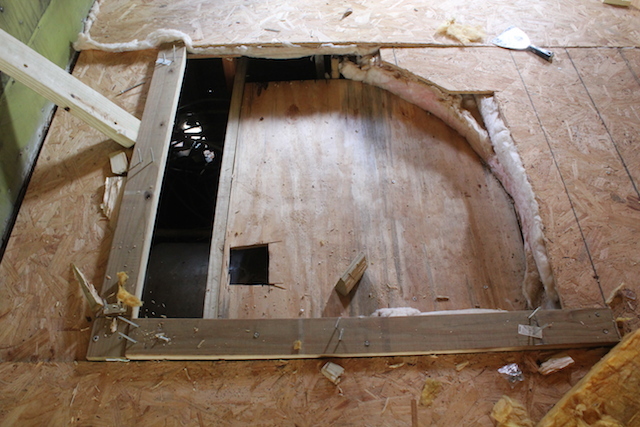 I also removed the bed platform because I have plans to face to change the orientation and some of the wood was in bad shape anyway.
BEFORE 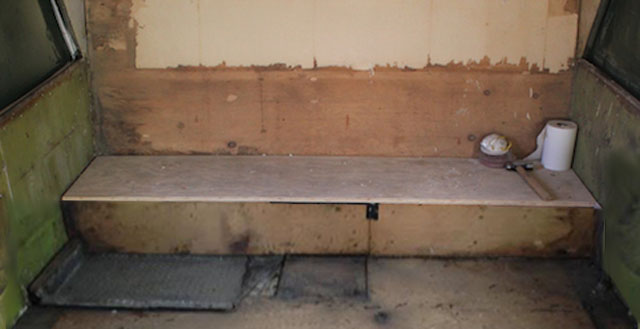 When I removed the insulation from the area behind the bed platform, I was surprised to see that there was glass there.  I’m not sure when those were covered or how much it would cost to uncover them…….I may look into that. However, I may not because when I uncovered the left furthest left window, I discovered it was perfectly clean and painted black on the back, creating a very chic, stylish look that I instantly loved. So, I immediately planned to remove the cream paint from the front other two windows and run with that slick, sexy black look! More on that soon! 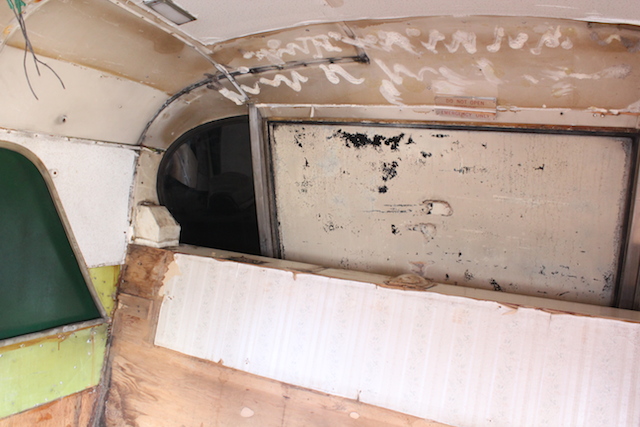 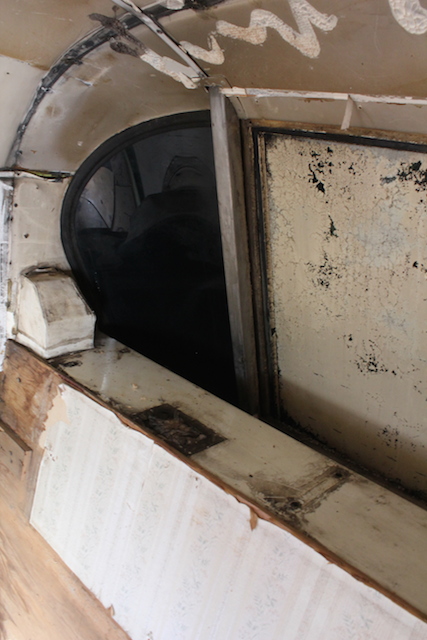 This week I plan to reveal a semi-set layout and my specific design plans for the bedroom area!  Whoop, whoop!!