Hey Friends! So, I’m quite sure that if I would have posted pictures of the inside of my bus when I first announced my big adventure, most of you would have been very nervous for me, rather than excited. Ha! Honestly, I’ve had moments of being pretty nervous too! The inside of the bus is, uh……..pretty rough.  I’ve had to tell myself multiple times, “This is just like a house. You remember how rough your first home was……look for the potential here.  You can do this!”

The great thing is that the person before me bought this bus with the same intentions that I have, to strip the bus down to its bare bones and build it back as an RV. Unfortunately for them, they never finished the process. But lucky for me, I get to start with a blank slate of a bus that is basically down to the “studs.”  They saved me all sorts of demo work, so I figure I’m ahead on this deal already! 😉

I’m not going to get super detailed in this before tour, but definitely will once I start breaking down the individual areas.

So, let’s start with the entrance and driver’s station… 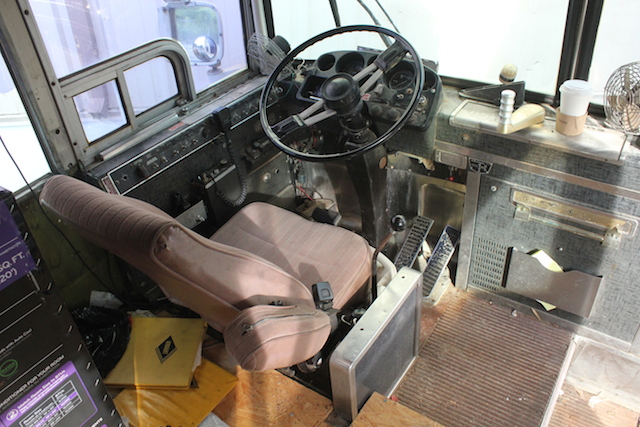 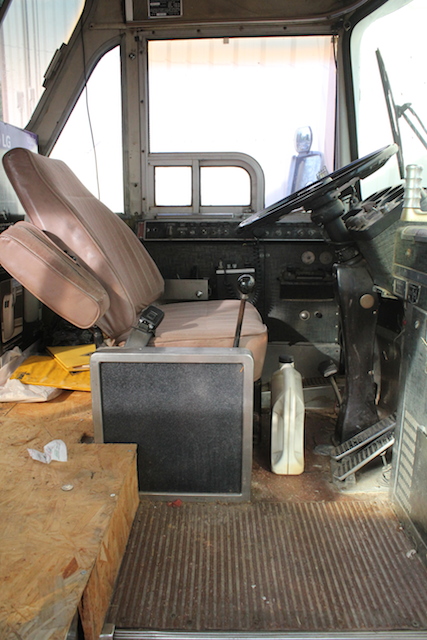 Replacing the driver’s seat, repairing the stair treads, and and deep cleaning are the major points of concern for this front area.

Here we are looking towards the back of the bus from the entrance…. 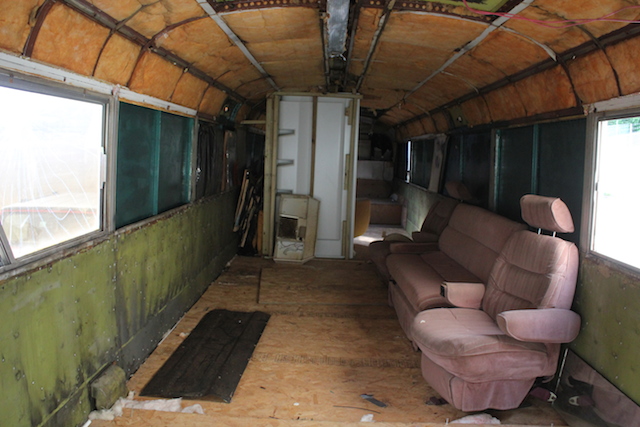 As you can see, I’ve got some work to do! Insultating the walls, covering the walls and the ceiling, electrical work, plumbing, air…….it all has to be done! Oh, and then there’s the pretty stuff of course! That fiberglass thing towards the center of the space is a shower. It’s brand new…..but it probably won’t stay.

Just past the shower, in the back of the bus, is where the previous owner built a bed platform. Although I do imagine this will remain the sleeping quarters, things will obviously look a whole lot different once I get finished with it. I’ve already got some ideas for this space that I’m pretty excited about! 🙂 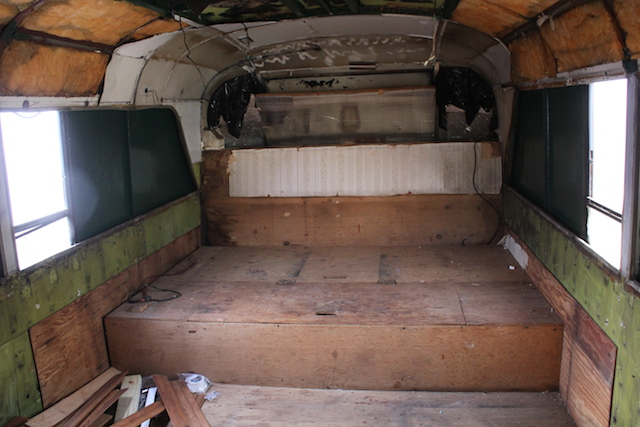 Here’s the reverse view, looking towards the front of the bus from the bed platform……and yes, there was a random toilet rolling around when I first gained ownership of this space.  It has since been removed……….gross. 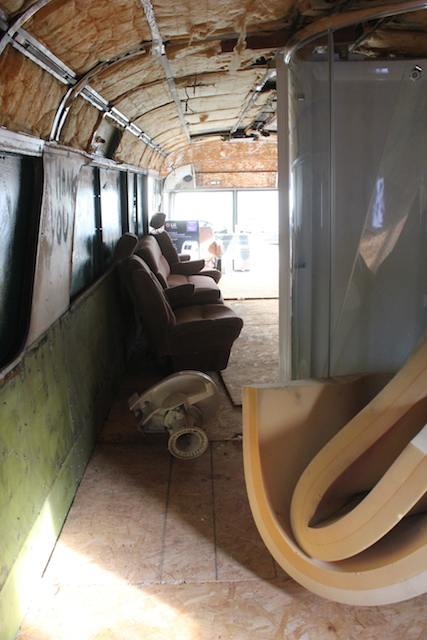 I have to admit, amongst the rest of this mess, the gleaming white, brand new shower stall looks pretty good! BUT I know that once I give the rest of this space the KPD treatment, it just won’t be what I want.  So, anyone need a new shower!? 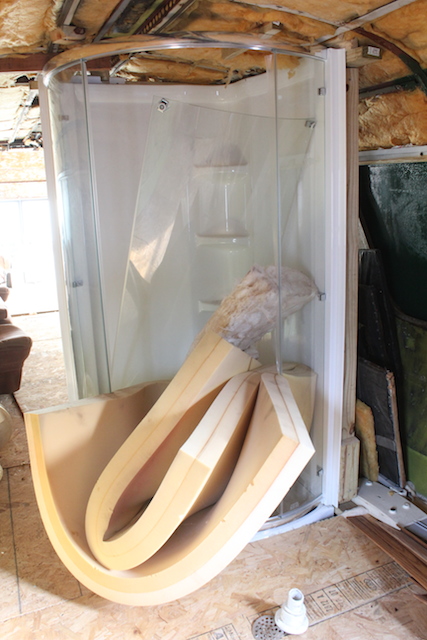 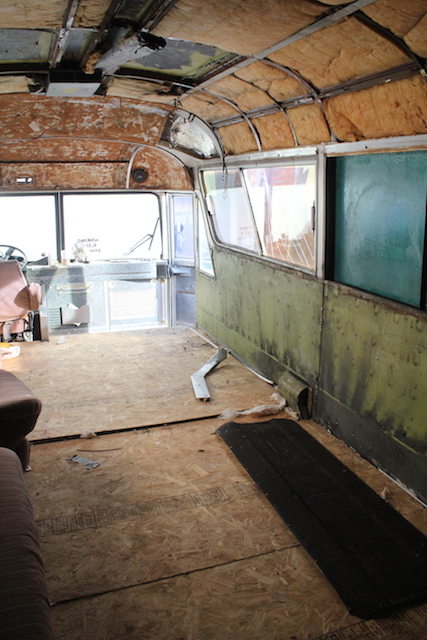 So, that’s the end of the before tour! Are you nervous for me? I’ll be posting a video before tour with a little more info soon, so be sure to check it out! I can’t wait to share this journey with you guys!

This article has 3 comments